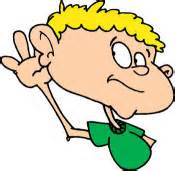 Home – modest or elaborate, owned or rented, or perhaps only a vision – this concept or thought is a pervasive influence on society and motivation and human behavior, and is continuously evolving.  Planning and programs for housing the nation are debated and implemented from the chambers of Federal Government down through State and Local governments to the grass-roots level of the individual and the local real estate industry.  Influencing this activity is a large and influential industry of realtors, lawyers, banks, builders, material suppliers, landowners and developers, government officials, carpenters, brick layers, plumbers, painters, and many others unmentioned.  All these influences must be considered in decisions involving the family’s financial health – both current and future.  Their business and political activities extract increasingly larger portions of the resources of the family.  And, it has been recognized that home ownership contributes the major component of wealth to the estate of the majority of United States household.

Your home may take many forms.  It may be a new one, or one previously owned by someone else, or it may be one you currently own but are painting, remodeling, adding to, or renovating.  In each case your “home image” is evolving toward expectations of an improved image.  These image-improving activities, in fact, are part of the process that transforms a house into a home.  Of course, as we all recognize, this recipe for a home also involves many other ingredients of family and home life; all in quest of satisfaction of insatiable human desires.

A “need-hierarchy” concept of human behavior was developed by Abraham Maslow, and is described in a book, Organization and Management, A Systems and Contingency Approach, by Fremont E. Kast and James E. Rosenzweig.  This concept offered an alternative to viewing human motivation as a group or series of relatively separate and distinct drives.  The concept viewed higher-order needs becoming important only after certain “lower” needs were satisfied to some personally acceptable level.

These needs, progressing upward to a higher order, as described by Maslow, were: Physiological (hunger, thirst, the activity-sleep cycle, sex, and evacuation), Security (protection against danger, threat, and deprivation), Social (associations with others, belonging to groups, and giving and receiving friendship and affection), Esteem (self-respect, respect of others, and ego or status needs), and Self-Actualization (achieving the potential within oneself, maximum self-development, creativity, and self-expression).  Each of us can measure our own lives and needs against this concept to determine or measure the relative importance of each of these need-levels to our own situation and how it has influenced our home and family.  However, please note that this is only one of several theories of how we react to the forces that impact our lives at home, at work, and in society at large.

The needs hierarchy may also be viewed as a “value” structure.  As one moves up or down the structure, changing values are reflected in the elements of each level.  In the language of economics theory, the various levels and their elements have a changing “utility” to you. This change in utility will likely be reflected in your personal/family budget and the way you allocate your resources.  There is substantial variation within each level for the individual, based on the individual’s perceptions, experiences, goals, and other influences.  Participation in our blogs will enhance the examination of your own system of values and influence those of other participants.  So, “blog away.”