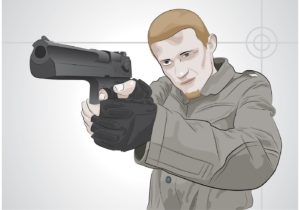 School shootings continue unabated. Solutions to stop the school shootings remain elusive. Perhaps if some underlying hypocrisy in the situation is recognized and acted on, the incidence of school shootings could be reduced or eliminated. The immediate solution that continues to be offered, especially by the Democrats, is more gun control. They have yet to offer a single incidence where the gun was at fault, but the gun gets the blame. They refuse to blame the person wielding the gun. When a car injures a person or is involved in a mishap, the person or persons driving the car(s) gets the blame. Why not the same consideration for the gun? Gun control is not the problem! In my opinion, a major part of the problem is the hypocrisy of Government, parents, school personnel, and students.

Parents and school personnel, with the aid of Government, in recent generations, have removed the constraints of previous generations before school shootings became a problem. The Judeo-Christian influences have been removed from the schools and society at-large. Right and wrong has become the subjective decision-making interpretation. The constraints of these influences have been removed, persecuted, and denigrated, with substitution of values reflecting “do whatever you think is right.” Students seem to have little or no respect for school personnel, parents, or one another. In listening to interviews of students from the recent Lakeland shooting, I don’t believe I heard one student say, “yes sir or no sir” or “yes mam or no mam.” Students are demanding that the adults do something about guns and parents are lambasting the politicians. The politicians are blaming one another. These students are making demands upon adults when they have done nothing to entitle them to make those demands. They are promoting the removal of rights that many people have fought and died for, and that are guaranteed by the United States of America Constitution.

Outcries for Solution to Murder by Vehicle Problem

School shootings are a result of the evolved lack of discipline by parents, teachers, administrators, and the students themselves. The concepts of right and wrong have been perverted and have resulted in perverted institutions.