Have You Heard Anything New? Have you heard the latest gossip?  Have you heard the latest myths?  Have you heard the latest scandals?  Have you heard about the latest crime sprees?  There seems to be an unending stream of curiosity inducing subjects spread across the pages of most web sites, especially those of the news agencies.  However, upon following the links, most of the content seems to be repeated over and over on the many sites, but with slightly different titles and lead-ins.  Apparently much of it has originated with the same writer, purchased from some content provider, but altered to fit the publisher’s need.  It is also hard to follow the links without accidentally clicking on advertising links and going to pages you have no interest in, but it takes up your time.  On this site you will find only original content written by the site owner or by someone writing specifically, exclusively, and unpaid (I’m cheap) for the site owner.  This might include reviews of information appearing on other sites or from other sources, but the opinions expressed will be our own.

Have You Heard About 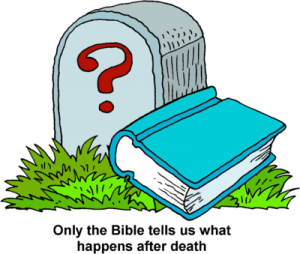 Have You Heard About the Needs Hierarchy Theory of Human Behavior?

Have you heard about the “need-hierarchy” concept of human behavior that was developed by Abraham Maslow, and is described in a book, Organization and Management, A Systems and Contingency Approach, by Fremont E. Kast and James E. Rosenzweig.  This concept offered an alternative to viewing human motivation as a group or series of relatively separate and distinct drives.  The concept viewed higher-order needs becoming important only after certain “lower” needs were satisfied to some personally acceptable level.

These needs, progressing upward to a higher order, as described by Maslow, were: Physiological (hunger, thirst, the activity-sleep cycle, sex, and evacuation), Security (protection against danger, threat, and deprivation), Social (associations with others, belonging to groups, and giving and receiving friendship and affection), Esteem (self-respect, respect of others, and ego or status needs), and Self-Actualization (achieving the potential within oneself, maximum self-development, creativity, and self-expression).  Each of us can measure our own lives and needs against this concept to determine or measure the relative importance of each of these need-levels to our own situation and how it has influenced our lives.  However, please note that this is only one of several theories of how we react to the forces that impact our lives at home, at work, and in society at large.

The needs hierarchy may also be viewed as a “value” structure.  As one moves up or down the structure, changing values are reflected in the elements of each level.  In the language of economics theory, the various levels and their elements have a changing “utility” to us. This change in utility will likely be reflected in our personal and family budgets and the way we allocate our resources.  There is substantial variation within each level for the individual, based on the individual’s perceptions, experiences, goals, and other influences.  Broad participation in our blogs should enhance the examination of our own system of values and influence those of other participants.

Freedom and Obligation by Clarence Thomas, Associate Justice of the Supreme Court

Show Them the Way 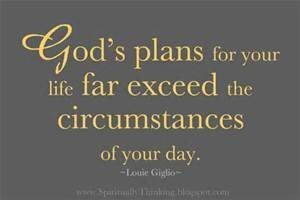 God’s plan for you

Showing Them the Way

In The Beginning and to the End of the Ages

Grace to You! (Advance player tab to 15:00 to start program)

The source of your freedom?  Just a Common Soldier