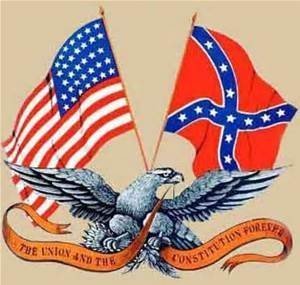 A Place of Honor

Confederate Battle Flag – what is its’ significance in the history of the Confederacy and America? Should anti-Southern history – and yes, even American history – politicians, special interest groups and ordinary people be allowed to effect its removal from public display? Why not just replace the Confederate Battle Flag with the white flag and make many people, especially the Washington spineless, whining, always-unhappy-about-something 1subspecies (PC politicians) crowd, happy? This would also include all the peripheral hangers-on who are always agitating for one thing or another to benefit themselves. Upon achieving one goal they are on to another. Never satisfied! I have a strong opinion on the flag subject. I feel that the people clamoring for its’ removal or replacement are more guilty of the charge they are making – racism – than are those they are charging. My understanding is that many blacks also fought for the Confederacy under that flag.

Death under the Confederate Battle Flag

Many people died on the battlefield under that Confederate Battle Flag. People who had nothing to gain, no matter which way the war went, but were caught up in its prosecution much as those prior to, and of, the World Wars and subsequent ones. They answered the call of their government, many with no choice. It was their time to fight for a cause outside their realm of control.

Dedication to Leadership and Country

As an illustration of the above circumstances, I was a member of the National Guard in 1961 when the Berlin wall was erected. On October 1, 1961, while on the way home from work, I heard on the car radio that we, my National Guard unit, were to report for duty that night. On Oct 11, 1961, 10 days after mobilization, we arrived at Fort Hood, Texas (leaving family, jobs, and friends behind), and started preparations for deployment to Germany by Dec 15. We were assigned as III Corps communications unit for the 1st and 2nd Armored Divisions – my Specialty was cryptography. We were all volunteers with the Guard (state controlled), and the unit had been transferred from state control to regular Army.

At that time, after living through the Second World War (too young to participate) and knowing the History of the Germans and much of their behavior during the war, I could not have cared less about what happened to them, I felt that they deserved just about anything bad that occurred. However, we and some 500,000 more mobilized along with us, were expected to stand up against Russia on behalf of the Germans where, in my opinion, there was a population guilty of many atrocities and war crimes due to their active participation in Hitler’s war machine. We had no choice in the campaign – it was decreed by politicians, in our case, John F. Kennedy and the Russian leader at that time. Years later an article appeared in the local newspaper that the whole event was a ruse to protect the Russian leader from critical events occurring in Russia regarding his leadership. We were pawns in a political game over which we had no control and no obvious personal gain or choice. We were duped, and so was the American public. But we were blindly committed to potential battle under the United States of America Flag by politicians. Many returned home with financial and other problems.

And now, the spineless, gutless politicians and others in Carolina and elsewhere are ready to cave on a flag representing the courageous Confederate soldiers, both black and white, who answered their call to duty. The call to duty was made by their government. This was their time and place in American history, no matter the merits of the fight or their understanding of it. It is my opinion that few had potential gain from the campaign. Those who had wealth in their holdings before the Civil War lost it all. Families were destroyed and future generations, on both sides, were eliminated. They were all called and committed to give their all. Abraham Lincoln was no Hero. The Confederate Battle Flag should be allowed to stand in public places of honor in honor and testament to those who fought under it – they gave their all!

1A subset of the species “Politician.”

2Species. A class of individuals or objects grouped by virtue of their common attributes and assigned a common name; a division subordinate to a genus.