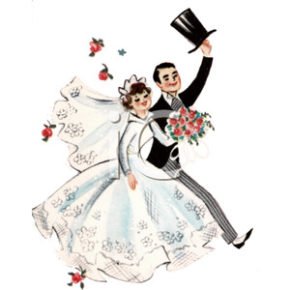 Marriage behavior as prescribed in the Bible is very often hard to observe in today’s society. One of the most dangerous situations law enforcement encounters, I have read and observed, is that of mediating domestic clashes between spouses. This often extends to other family members and other bystanders. Hardly a day goes by when you can’t read or hear of a case. Very often the clashes result in death of one or more of the spouses or of law enforcement members.

A biblical guide to marriage behavior can be found in 1 Peter. Here the behavior that should be practiced by married partners is described from the viewpoint of the servant spirit of Christianity, God’s standard for all believers.

1 Peter 3:1-7 1Wives, in the same way be submissive to your husbands so that, if any of them do not believe the word, they may be won over without words by the behavior of their wives, 2when they see the purity and reverence of your lives. 3Your beauty should not come from outward adornment, such as braided hair and the wearing of gold jewelry and fine clothes. 4Instead, it should be that of your inner self, the unfading beauty of a gentle and quiet spirit, which is of great worth in God’s sight. 5For this is the way the holy women of the past who put their hope in God used to make themselves beautiful. They were submissive to their own husbands, 6like Sarah, who obeyed Abraham and called him her master. You are her daughters if you do what is right and do not give way to fear.

7Husbands, in the same way be considerate as you live with your wives, and treat them with respect as the weaker partner and as heirs with you of the gracious gift of life, so that nothing will hinder your prayers. NIV 1 Peter 3:1-7.

Before becoming disturbed by the above verses in view of “modern” attitudes or standards, the reader is encouraged to read the author’s notes in the NIV version referenced in the Bibliography to this site. Those who dismiss these verses as the chauvinistic rhetoric of the first century are missing the whole servant spirit of Christianity. It remains God’s standard for all believers.