The Jackasses in the Room

Donkey in the Room Without the Rider

The jackasses representative in the room is ignored by the Democrats at peril for the United States of America (USA). They are more concentrated on claiming that Russia is guilty of cyber hacking offenses (emails) against the USA, to the benefit of the Donald Trump presidential campaign, all without any apparent proof, than they are about determining the facts of the email leaks. It is my personal opinion and feeling that I don’t care where the hacking is coming from, it is strong evidence that some USA Government activities cannot be entrusted to the cyber community. They must be conducted off-line, independent of the cyber activities.

At the same time that supposed concerns by the Democrats about the content of the emails reaches a fever pitch, the USA intelligence agencies of the current Obama Administration issue an intent to respond. They issue a belated effort to determine or prove that Russia is guilty and launch a USA cyber-attack against Russia. I assume that, if they have been doing their job, that capability already exists and that cyber intelligence capabilities are already well established, and the intelligence efforts are already being prosecuted. Of course, they also point out that they will not allow the citizenry to be privy to the results of cyber efforts.

It is also telling in that the Republicans also don’t seem interested in the facts of the issues, but for different reasons. I personally feel that they should fully exploit the information obtained, and that the end result should be destruction of Hillary Clinton’s presidential bid. It should also result in bringing down the already-exposed corrupt elements of the Obama Administration. 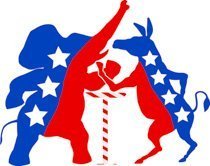