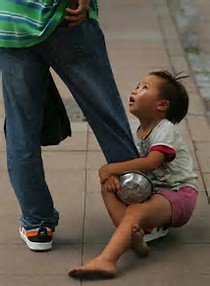 Why are you leaving Daddy? Are you coming back? I’m hungry! Why can’t you stay with me and mommy?

Bastardization and bastard1! Not very nice sounding words or terms to utter. They are filled with a connotation of anger and disdain. However, they are very descriptive and meaningful – especially when coupled with the term “illegitimacy.” All these terms, I feel, are meaningful to all my readers in a wide variety of situations.

Growing up I heard the word “bastard” used in many situations. Most of the time they were playful or used in a non-sincere manner, taking the place of, perhaps, a swear word or a playful word of endearment among friends. Nothing about it was taken seriously. If taken seriously, violence could easily have occurred. At times the usage became more personal and was used to demean an individual – either present or in reference.

As I observed these usages and their changing tones, I felt that their usage and connotations were in error. The usage demeaned the subjects or objects of transgressions by the parents. The “bastard” or “illegitimate3” child was completely innocent of responsibility for the immoral acts leading to the birth to unmarried parents outside the norms of society and religious teachings.

However, the norms of society, and apparently some religious teachings or standards of acceptance, have changed drastically since pre-1960s. The advent of the “free-love” hippie movement of the 60s and a closely related movement of the “feminists,” along with civil rights demands without responsibility, changed attitudes and expectations of many. The emphasis seemed to shift to “fairness” rather than “right” and “wrong” of behavior. Prior to this shift it was considered shameful to live together unmarried, divorce, and have children out of wedlock – bastards.1   All of us, I believe, are aware that those attitudes seem to be “long gone.” Over the period of several recent years, I have seen published accounts of women with several children and each child had a different father, many times unknown, and the mother has never been married to any of them.

According to the National Vital Statistics Report, Births: Final Data for 20122, the birth rate for unmarried women in 2012 was 45.3 per 1,000 births, ages 15-44. This is 40.7 percent of the births. The statistics for all ages of unmarried women giving birth are as follows:

This unmarried birth rate of 40.7 percent of all births to unmarried mothers is a disaster for the United States of America economically and spiritually. I feel that the rate is even higher due to the influx of illegal aliens.  Many are untraceable and probably bore children out of wedlock prior to entering the country. Although the title of this article, “Bastardization of America,” is a very coarse title to use, it fits the circumstances. In view of this, it is easy to see why there has been some movement to ban the words “bastard” and “illegitimate” in relation to births.

Economically we have most of these birth “families” dependent on the welfare system for survival. We have already seen money from Medicare, under the Obama Administration, diverted to the Medicaid system for support of the dependent poor. Taking the money away from those who have paid into the system and depending on its benefits for retirement. They must now make up the difference in their requirements from savings or do without. In addition, the children of the unmarried-birth families will be very likely to grow up and begin the cycle all over – and on it goes. Many will be immersed in criminal activity and the justice system. Many will live a life of poverty and follow in the footsteps of their unmarried parents.

Spiritually, the birth of children to unmarried parents is in defiance of God’s plan for man and woman. His intent is for children to grow up in a loving family and in obedience to His will.

1Bastard. n. 1. An illegitimate child. 2. Any product of irregular, inferior, or dubious origin. 3. Slang. An obnoxious or nasty person. Used as an epithet of abuse. 4. Slang. A fellow. Often used with mild contempt: poor bastard. –adj. 1. Born of unwed parents; illegitimate. 2. Not genuine; spurious. 3. Of inferior breed or kind. 4. Resembling a known kind of species, but not truly such: bastard toadflax. The American Heritage Dictionary of the English Language, New College Edition, 1976.

3Illegitimate adj. 1. Against the law; illegal. 2. Born out of wedlock; bastard. 3. Not in correct grammatical usage. 4. Incorrectly deduced. The American Heritage Dictionary of the English Language, New College Edition, 1976.

4Illegitimacy n. The condition or state of being illegitimate; specifically, bastard. The American Heritage Dictionary of the English Language, New College Edition, 1976.